It was our first session in about two months. Planned as a short session that wrapped up the Quest for the Lorebook. The intent was for a primarily social session that introduced some new hooks for further adventures and established some downtime activities. As they say, “the best laid plans.”

After leaving Mayor Kellamon’s house/office most of The Five headed towards the House of Quar, the temple/storefront of Telse’s largest faith. Sitting on the Font of Two Paths the House of Quar bottles and barrels the holy water. Its waters can heal wounds, cure diseases and prolong life. It has two prices, for the faithful (a small donation) and for others (50 gold).

Being in Telse, which is the homeland of three members of the party, they are confident. Shonie heads off to her home. Ten less minutes talking to priests is fine. They got their payment, what more does she need to do?

So the Five, but not the original Five, cross the market. It is bustling with dogs, birds, ponies and other companions. Shops are hawking goods, sometimes hawks. 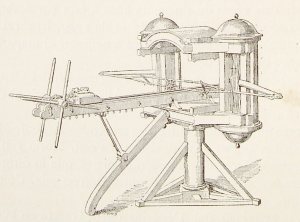 And then a huge net falls on top of Aamar, Bernie and Mansaray’s falcon. It came from the direction of the Fair Market, where gemstones, jewelry and blown glass are sold. Behn immediately spins in that direction and unloads a bolt into a halfling manning a cart with a large netthrower on it. In front of the cart are two mastiffs. There are five other warhounds with the group opposing The Five. Another halfing is alongside the cart. A slight human stands in front of the group.

“Give me Mansaray’s falcon,” the human demands.

Here the party could do many thing. Though in conflict no lethal action was taken. And, it stays that way for just a moment longer.

Behn wins initiative. He’s just a sorcerer, and still learning his spell powers since the Five have had a Lorebook for a couple days. He casts Fog Cloud to obscure The Five. Mo is next. The quick thinking rogue cuts through the netting to release Aamar and the two bonded companions then uses Cunning Action to Dash towards the House’s door. He yells for Samul and Saffron to follow (those two characters are unplayered in this session).

The two halfings at the cart start loading a new net.

“These need not go further, just give me the bird,” as he whips the bird. Dropping it to the ground unconscious.

Aamar, now free of the net, casts Hold Person. It doesn’t take, as the mental power of the subject was too strong. That man whips Behn. It’s a relatively minor wound, but magically saps his strength as well. Behn’s pissed. The man is rather frustrated.

This next round is when things escalate.

Behn casts Thunderwave. Luckily every single possible subject makes its save. Luckily because it includes several of his friends. But five of the opposition’s dogs are in range and they all fall. Both halfings are wounded both from the wave of thunder and their psychic bond. Aamar is wounded two ways. Bernie is wounded. The man with the whip is wounded two ways. The rest of The Five are inside the House. Maurice is dashing for the Bishop sensing that his friends are outmatched.

One other issue takes place. Behn’s a wild sorcerer. All arcane casters in Kin are wild. There are not yet the schools teaching those that channel magic to understand what it is they do. He surges. To Behn’s good fortune he gets to teleport to a place within 60 feet and he’s now inside the bell tower looking down into the fog.

Everyone in the market and most inside Telse hear the boom of thunder. What was once a quiet, non-lethal attempt to capture became a deafening battle with lives on the line. The Guard is alert.

The man with the whip strikes Aamar twice. He isn’t seeking a killing blow, but one that disables the Cleric of Quar. It works. Aamar is down. Bernie is enraged and rakes his claws across the slaver. Samul rushes out to find Aamar in the fog. One of the halfings shoots at Behn in the tower. The other has the netthrower readied.

Behn’s fog is still stable. Bernie and this slaver are inside the thick cloud and can’t make out the details from the rest of the conflict. The two dogs that didn’t get caught in the thunderwave flee. It’s rushed. There is chaos. Behn’s bicep is oozing blood with a dark mist around the whip wound.

The man drops his whip. Pulls a bow and shoots at the man of Mehmd, again hitting. Behn is about to go down as well. Mo gets Samul’s help, rushing out to pull Aamar into the church as the fog clears. Bishop Ollium stands at the entry too.

Piyu and a few members of the Guard are nearby. Behn blasts the netthrowing cart with a Firebolt. The halflings try to put that fire out.

Captain Piyu shouts out, “Parun, drop your bow. Everyone, stop.” He has numbers, and health on his side. One of the Guard casts friends on Bernie, the bear cub.

That event requires some quick rules invention. Bonded Companions are somewhat like people, but not their own agents. The check for control is opposed by Aamar’s Charisma. Luckily for Aamar and the Five the role fails and Bernie stops attacking, for a moment.

Behn runs down the ladder-stair from the bell tower into the temple’s chamber of worship. He snags a flask of the Everflow and quaffs it. The necrosis on this arm stops. Saffron shoves different vial of water down Aamar’s throat.

“Piyu, I’m here on Azsel business and just need that falcon. Mansaray escaped and we are able to recover.”

“I do not see a Mansaray. I see six heroes of Telse. I don’t even see the falcon.” The poor falcon is at the top of the bell tower. “Azsel’s authority here is at Kellamon’s will. He most certainly will not will you to recapture an escapee within town.”

Piyu is a goliath, like Mansaray. Half his guard is as well.

“Come with me Parun. We will talk with the Mayor about this,” the old goliath commands. “You others, go with the Bishop. Figure out what to do with the Lorebook.”

Pointing at one of Parun’s halfling companions with a crossbow bolt in his thigh Behn asks, “Can I have that back?” That halfling casts Acid Splash back to answer in the negative.

Bishop Ollium steps between the two. “You, go! You, come!”

They are saved, but heavily wounded. The road between the General Market and Fair Market is covered in the violence. Another priest of Quar comes out to look after the wounded dogs. Some may be saved.

“You, Mehmd man, fifty gold for that flask.”

“What flask?” Behn tries to play it off.

“The one that you tossed aside at the base of the stairs.”

“OK, that flask.” Behn scrapes together the coinage, barely. The Five have yet to cash the cheques that Mayor Kellamon instructed them to take to the money changer.

“Son,” the Bishop looks at Aamar, “does the Book have answers?”

“It does not,” the independent priest answers. “It has some history and lessons of magic. Over these days I think I’m learning more and we of Quar can learn more.”

Aamar respectfully declines. “I will study it here, but I’m attuned to what it does and can help us all learn.”

After a first adventure The Five went out into the Western Wildes. They learned that a group called The Scholars are keeping Kin ignorant of magic. Cortez’ student Chorl is responsible for the Awakening, violating the trust of the Scholars. When Cortez set the volcano off he may have eliminated Chorl and the Cult of Nak’s power. While they were away the West Gate was taken over by Oun/Obsconites who are trying to hasten the fall of Kin. This group is preventing all goods from coming to Telse along the Western Road that connects Dakan Thaeeb and the Cliffs of Gallinor to Telse. Lastly, they met Parun, an agent of Azsel who is collecting escaped slaves to bring them back to the halfling slave kingdom.

Their adventures are not over. They’ve collected a few goods, gained some power and know that Kin continues to feel the effects of the Awakening.

One thought on “Session 9: Urban conflict”