After being ambushed along the trail we learned of a cave from which these goblins raid the civilized folk along the merchant’s road. Within those caverns may just be Gundran and Sildar.

So we headed out, an attempt to rescue the men responsible for paying us. We mount this rescue operation out of self-interest, revenge, whatever motivates the individual. We aren’t yet a band of brothers (and sister – Rowan), but this is developing.

Repelling the ambush wasn’t hard. My golden flame axe swung powerfully. The bell of death rung hard. These companions fight well. We are noble, and let one poor gobbo live. He told us where to go.

It meant a hike, and we left the poor oxen and the burdened cart behind. But Sildar was to the north in the woods, up a stream through the woods, and into a goblin-cave. 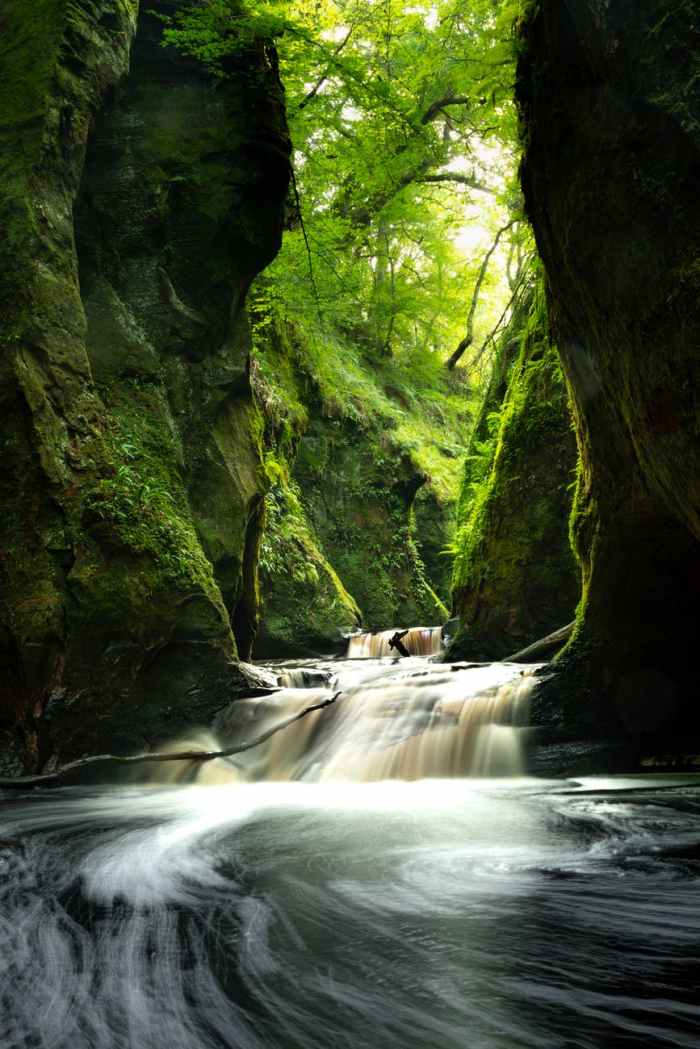 Photo by Samuel Kalina on Pexels.com

Outside the cave an outpost tried to ambush us. The wood elf, Norran, took quick care of those. I think Ambrose and Rowan joined that attack, as they have some effectiveness at range while Krakomand I, honorable dwarves, guarded the rear.

Yeah, we’re also slow and not good with “stealth.”

Two goblins dead before I could swing my axe.

That meant the group was a bit inverted when we entered the caverns. Those faster members of the group rushed past a group of guard-wolves.

The wolves could have been a problem, as they were trying to escape their chains and the uproar meant we would lose all surprise. They died, a couple with burns and blade.

Krakom and I had to rush to catch the group. The “eating room” created an urgency from the group. In our haste the conflict spread throughout a handful of rooms. The fight was came from all angles and there was much confusing with the screams of pain from goblin and peoples.

I, me, stopped one pathetic goblin from flooding the caves. I, me, also took a significant blow to the head from some kind of super-goblin. The wretched soul dropped me quickly. I woke a dozen minutes later.

Ambrose, the ranger, told me of throwing a spear near through one on a bridge. I’m intrigued by spears now. I will not be able to sing with them, but they seem useful. The toothy one can teach me much.

The stories of the battle are glorious. My friends took out 25 gobbos, a few wolves, and that one thing that smacked me on the head.

Rowan, by luck of her goddess, or through shear will takes out that jerk that dropped me. What a blessed soul Rowan is.

With Sildar, in a room I never saw, was a dark soul. Zardos is quiet. Withdrawn from us, the man offers much power. The others saw him in action, and vouch for his usefulness. His eyes carry knowledge.

There was a lot of hauling of goods from cave to ox-cart and then the trudge back. Each of us had to make multiple trips. I may hate the goblins more for that then anything else. But when we traverse back towards the caves Krakom teaches me a game that shield dwarves play – golf(?) he calls it. Basically, the goal is to hit a round object (like a goblin head) as far as you can. There are rules, but we just do the long distance smacking, because it’s fun. We have to stop when Krakom sends a head out into an area we haven’t scouted.

On the journey to Phandalin Sildar tells us about Gundren’s brothers, the goal to re-open a mine, that Klarg’s goblins are working to support someone(?) called the Black Spider.

Thankfully Phandalin offers a short respite. There we can rest again, sell the goods we have, buy some rations and whatnot, and learn from some dude named Iarno Albrek, a friend of Sildar who is also a member of the Lord’s Alliance.

I’ve worked with the Lord’s Alliance in the past, as they and the Order of the Shooting Star oft work together. With the Alliance’s goals matching ours, for now, it not only makes sense to help them, it is right and just to work together.

For now, I’ll bring some joy to the children of Phandalin and whatever their local wines and ales are. Because I’ve got coin in my pocket – we earned our pay delivering the goods that Gundren hired us to bring to the city.

We also have more goods to try to sell. And clues to discover, and honestly a town to improve. These people are down. Let’s get them up, again.