These simple five are part of the born generation. They know they have powers that are unusual, but their parents learned. The all know of an idyllic time that seems naturally unattainable, forgotten. None are lost. They just know that by growing up on Kin in a post-Awakening world violence and turmoil are normal.

Questing is just a path. For Aamar and Shonie the well-being of Telse matters. Others are searching for money, relatives, purpose. The initial five with their dogs, iguana and bear cub make their way through the streets of Telse for the West Gate where they will collect foodstuffs. A short pause when Aamar and Behn buy a mule to carry their things is all their time in this city of kin and beasts. Passing doorways with varied openings that span sizes for Goliaths down to small dogs the journey starts.

On the Telse side of the West Gate is authority, civilization. On the western side is one of the many ghettos growing as various others try to jockey for power and influence in the once minor town. Which power controls a gate changes regularly. As the Five leave Telse’ simple life they weave through a crowd of Obscon’s followers.

A cult that believes the Awakening signals the end times, followers of Obscon take what they want. They do not worry about punishment in the current world, because it is a failing world. One of the faster growing powers on Kin the Obsconders are dangerous in that they want only joy of self, not political power.

Carefully the Five work their way past this assortment of people. There is no violence, just worry.

Keeping a standard pace the Five walk along a path through the hills of the Wilde. To the northwest they see Dakhan Thaeeb’s active volcanoes. The rough land of commodity farming where any day could end in fire. To the south is the Ferments, a land of liquors both natural and Kin-made.

As the afternoon passes fewer caravans pass. This western road is fading to trail as it winds through these hills. With sunset coming our Five hopeful heroes settle into the night. A warm fire with a mix of gathered and brought wood starts quickly. Watches are set. The mule is staked off in the dim light, but still within this common camp clearing.

Samul’s iguana sneaks inside the warm nook of an armpit. The Western Wildes aren’t the warm lands of Mehmd.

A watch is planned. Still just over a half day from Telse the idea of an attack feels absurd to the group. The rotation is about preparedness for an unknown future.

Until late, during the witching hours, when dogs’ hackles rise. Something is near. Eyes glint in the darkness. 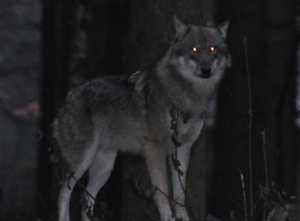 It is a pack. Four standard wolves and one that looks like it could take down an Goliath roams slightly behind two to the north.

A battle ensues. Behn sets fire to a tree when his fire bolt misses. Samul’s chain smashes the great wolf across the shoulder and face. Shonie and her retriever take one down. Aamar and his cub take a couple down. This is a winnable event.

Blood flows. An initial confrontation pushes the group, but not to the edge. Behn fells the final wolf at a couple dozen feet. His crossbow is more effective than his spell.

After the battle is a time for recovery, relaxation. Samul takes the ear of that massive wolf. His first souvenir.

Wakefullness comes late. Midmorning after some gathered roots and berries, along with a small portion of the purchased rations is a meal. The wolf bodies are set aside, none of the Five’s animals dine on the flesh of wild beasts.

They’ve survived. They’ve learned something about each other. They may have learned more.

As they return to the trail two things come apparent. There is a small dust cloud of speedy rider headed their way, and the dark smoke of a fire back towards Telse.